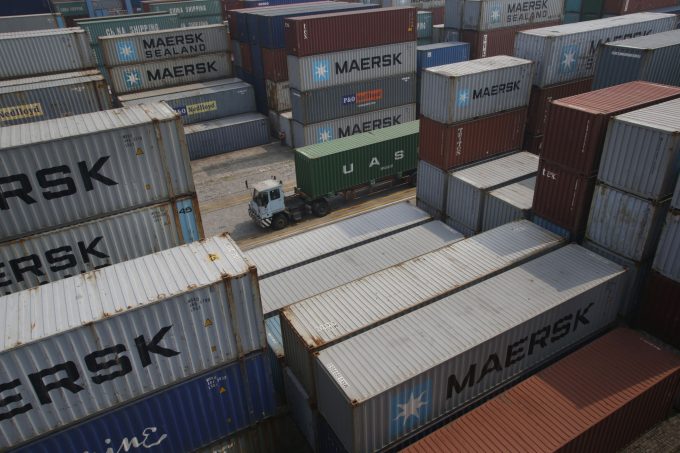 Ocean carriers are seeking to fill their vessels from China with heavily discounted spot cargoes as their contracted forwarders underperform on minimum quantities.

However, it appears that with bookings still falling below around 60% of vessel utilization levels, carriers are canceling voyages at the eleventh hour and declaring it a blank sail for the trade.

According to this week’s commentary by the Ningbo Containerized Freight Index (NCFI), export markets have become “destabilized” due to carriers “underselling their space.”

And even the spot rate indexes are struggling to keep up with the rapid erosion of rates on the Pacific and Asia-North Europe trade lanes, as cheaper deals are offered daily.

Although Xeneta’s XSI Asia-US West Coast component fell a massive 15% this week, to $2,209 per 40ft, “market rates” are still lower.

According to US-based consultant Jon Monroe, last week’s “real” spot rate for the US West Coast was $1,734 per 40 feet, based on data from NVOCC Worldwide Logistics.

Monroe said “prices had fallen back to pre-pandemic levels” on the route, with most of the damage occurring in September.

“The initial rate cuts appear to have been driven by Maersk’s spot rates in their online portal,” claimed Monroe. “Unfortunately, once the ball got rolling at declining spot rates, it couldn’t be stopped.”

Meanwhile, there was further evidence of the softer transpacific market this week, with the release of John McCown’s analysis of September throughput at top US container ports.

Despite a 5.5% drop in import volumes to 1.9 million teu last month, the report also highlights the acceleration of the coastal shift of cargo from US ports on the West Coast to the East Coast.

The McCown report records a staggering 17% drop in container imports from the West Coast, compared to September 2021, while East and Gulf Coast ports saw their volumes increase by 6.6%.

Elsewhere, airlines in Asia and northern Europe are reported to have been shocked by the “horrendous” booking forecasts for the coming weeks, said to be similar to the period at the start of the pandemic when demand fell by 25%.

The spot rate indices recorded a slower-than-expected decline with, for example, Drewry’s WCI Asia-North Europe component down just 3% on the week, to $4,436 per 40ft.

But again, there seem to be much cheaper prices circulating in the market, too The Loadstar sighting offers from China-based forwarders below $4,000 per 40 feet through mid-November.

However, Northern European fares remain double what they were two years ago, so if carriers can achieve reasonable cabin factors of 70% or more, they should still have good profitability on each journey.

Additionally, their existing contract prices are higher than spot, and many shippers will honor these contracts until they expire in the next few months.

But after that, it looks like the floodgates will open for significant contract cuts.

According to Alan Murphy, CEO of Sea-Intelligence, “there is no underlying structural support for high interest rates” on the trans-Pacific and Asia-Europe trade lanes.

“Unless carriers reduce capacity significantly, vessel utilization will be low,” he warned.